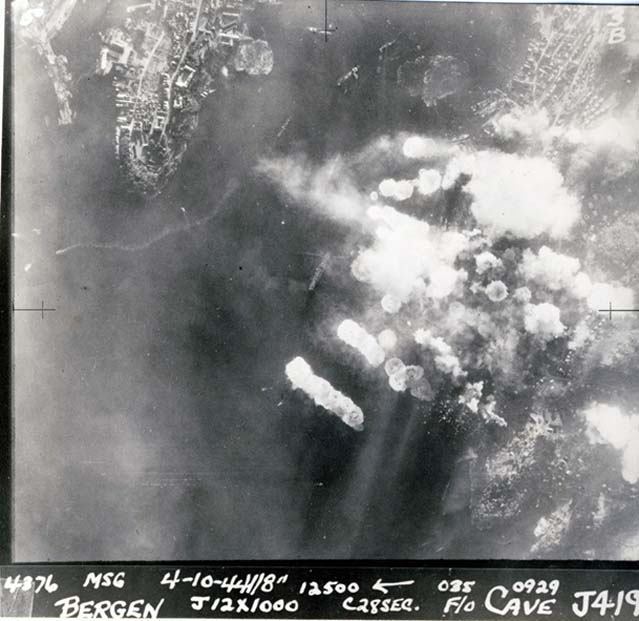 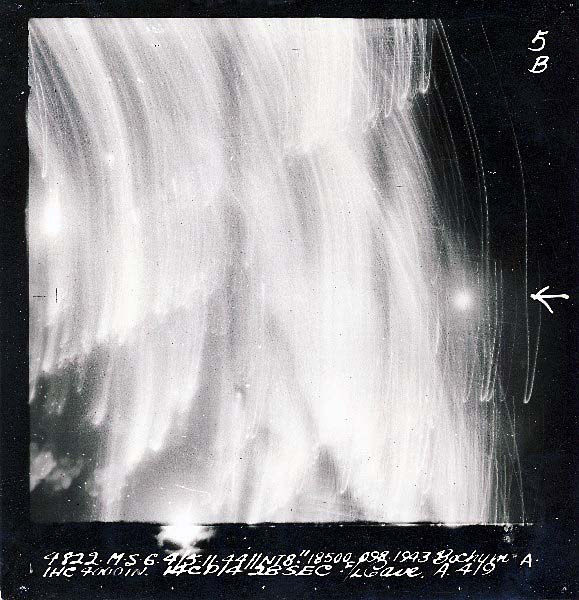 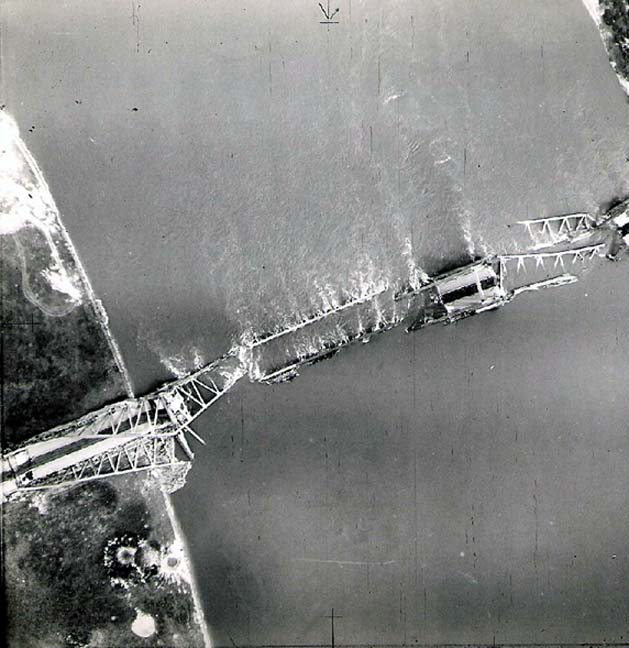 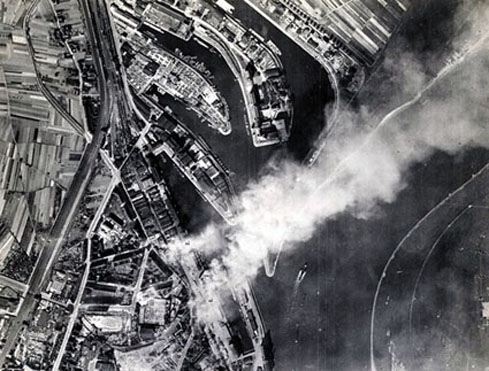 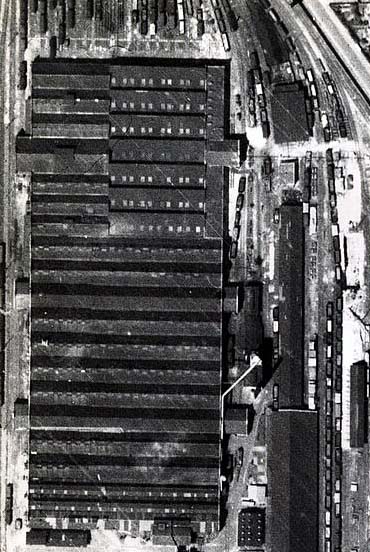 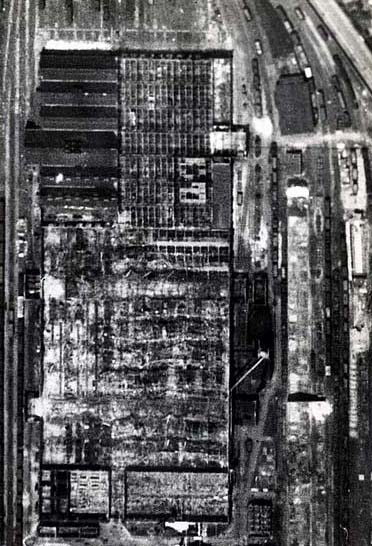 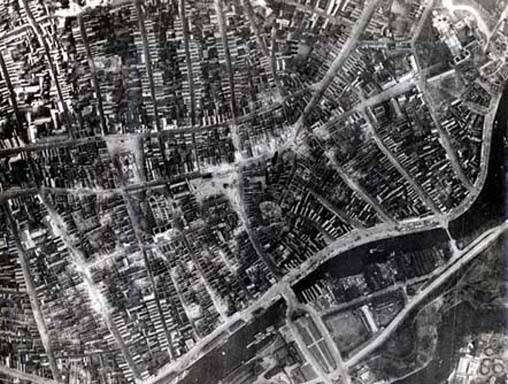 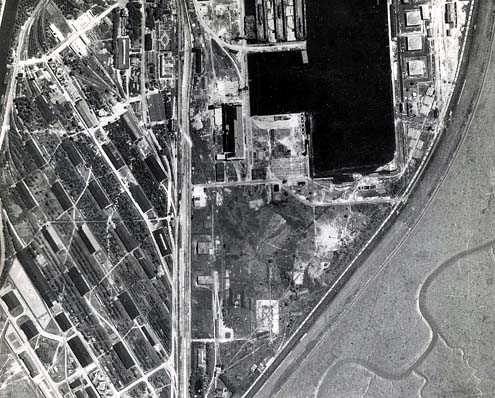 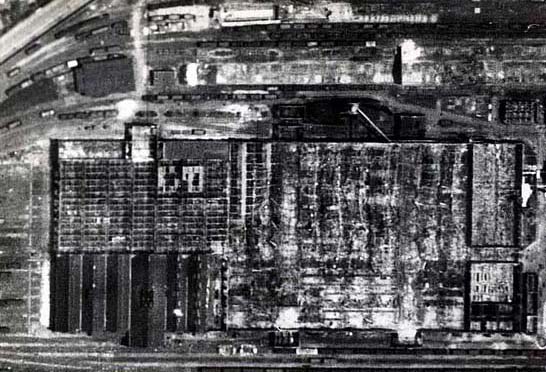 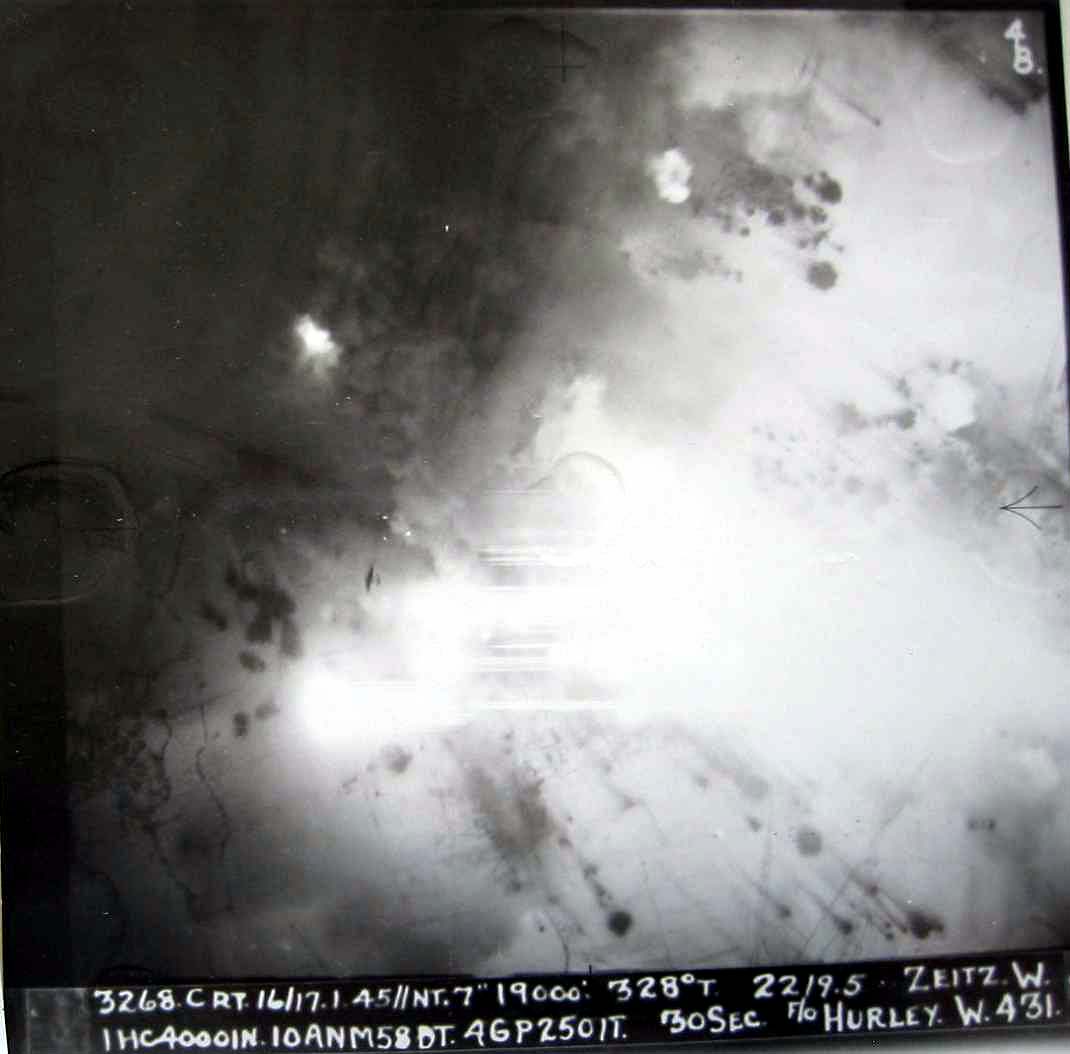 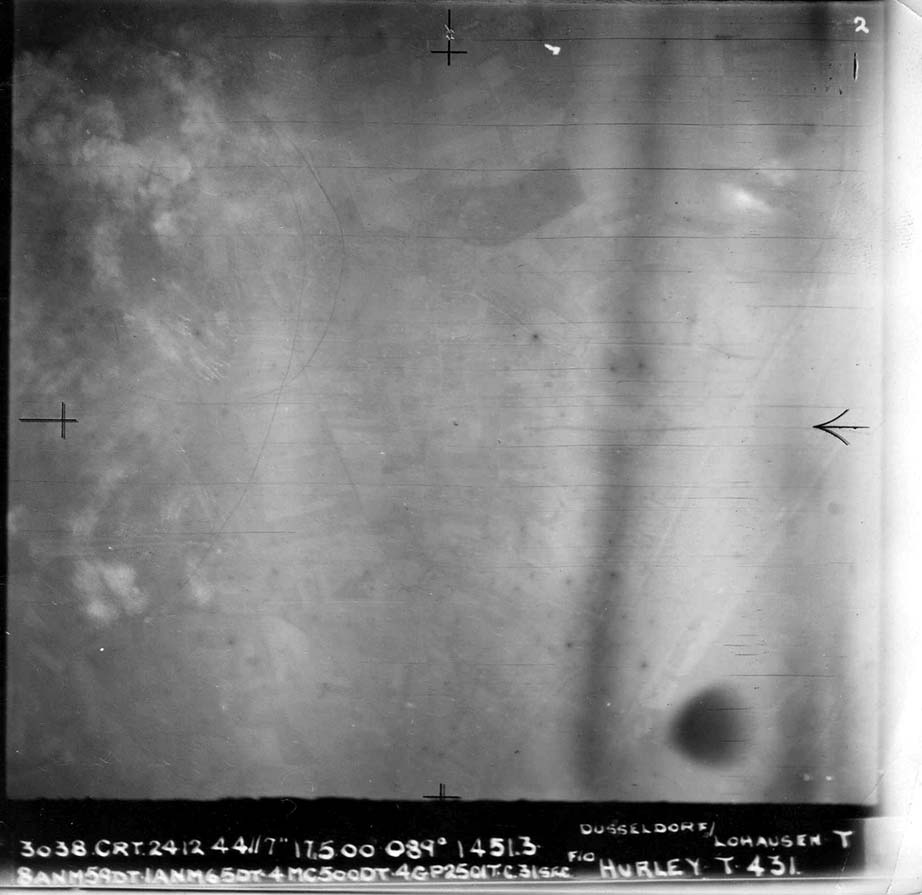 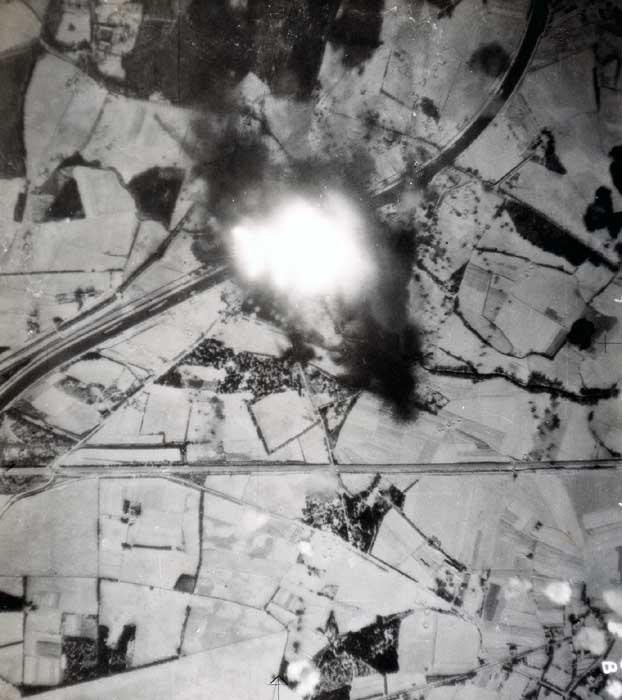 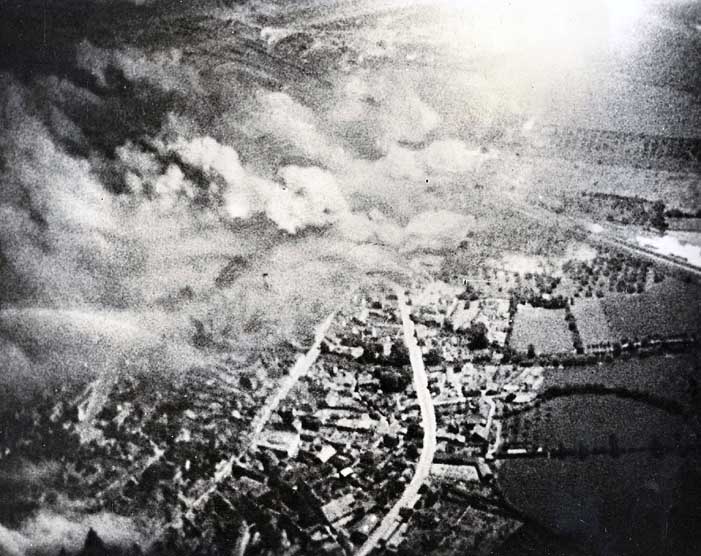 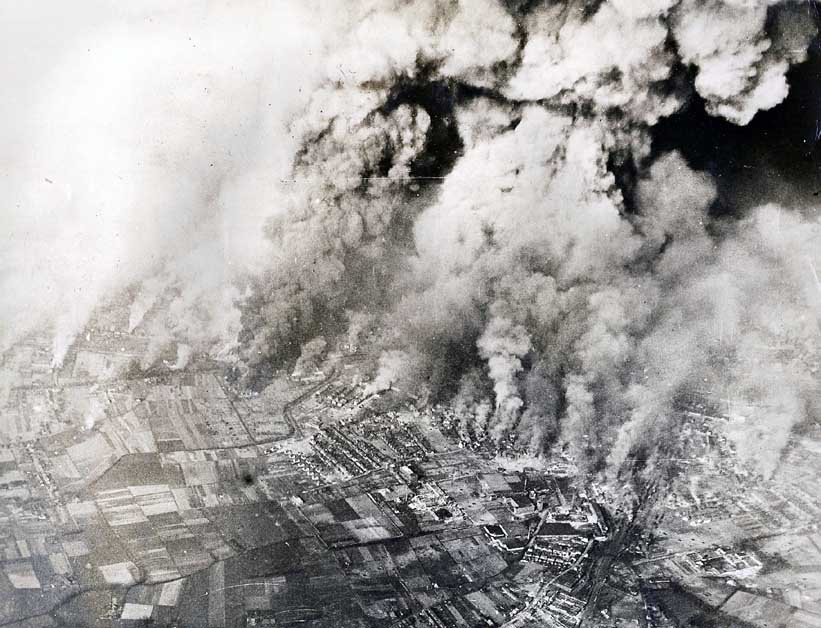 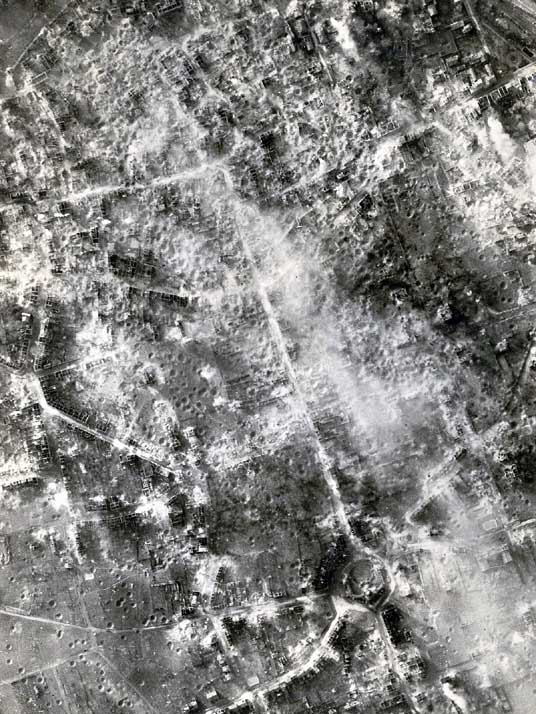 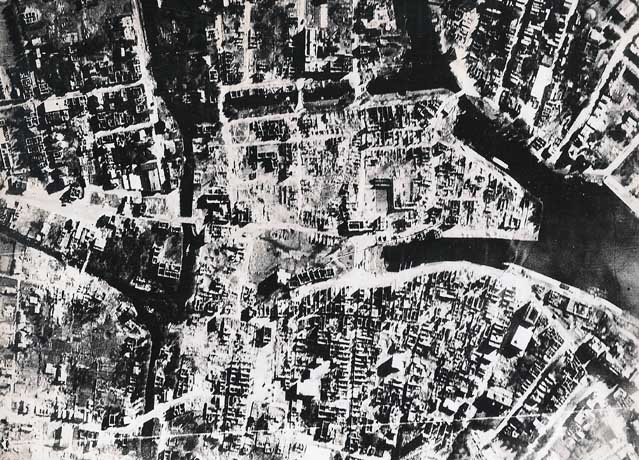 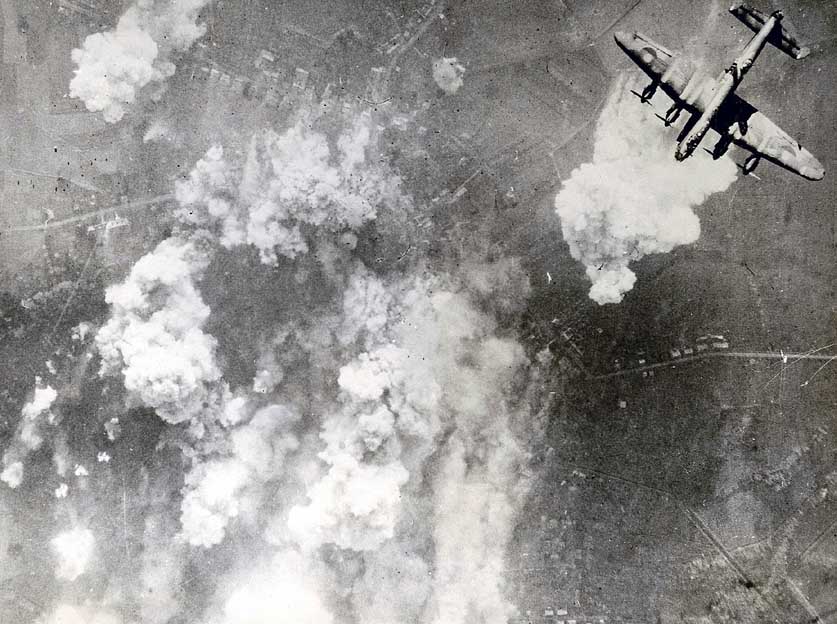 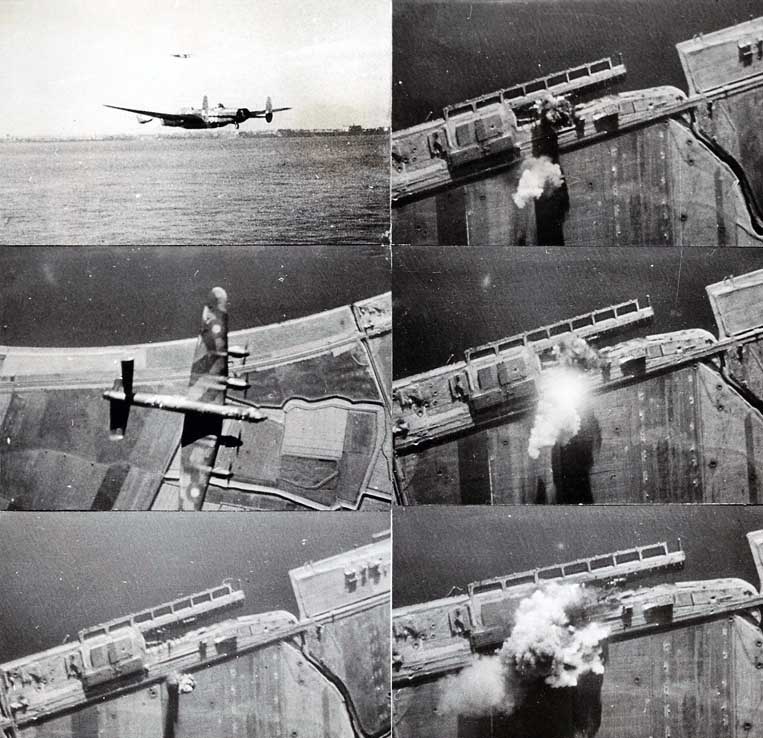 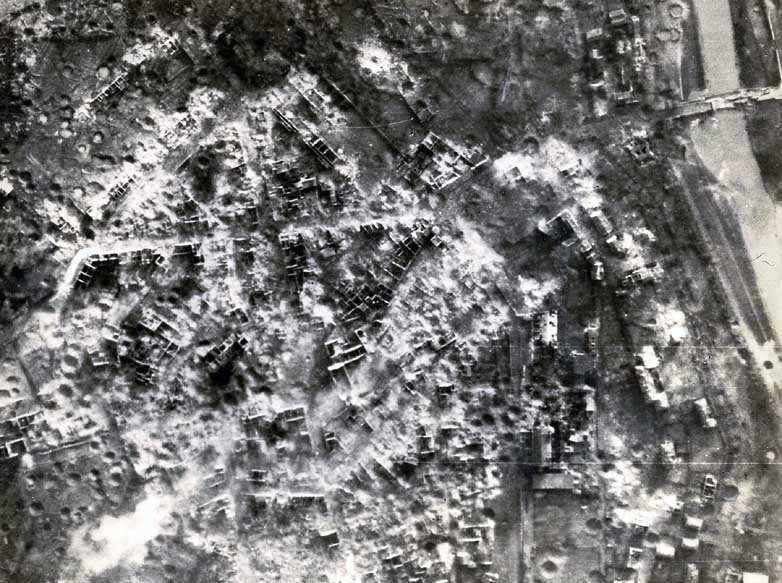 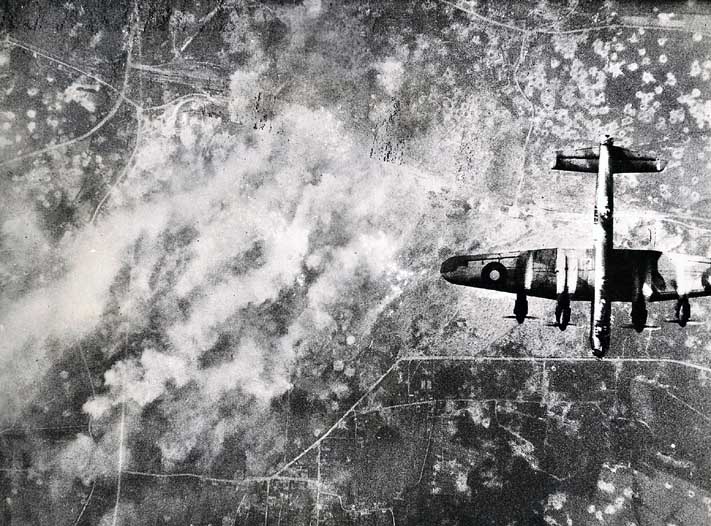 Photo sequence taken by a Mosquito of the RAF Film Production Unit during the attack shows how the Lancaster's crossed the sea at "Zero Feet" and pin-pointed the target. The extreme accuracy of the bombing on a comparatively small target is shown clearly from the beginning of that attack, until the naval installations are smothered in smoke and debris from bursting bombs, as evidenced by the last picture