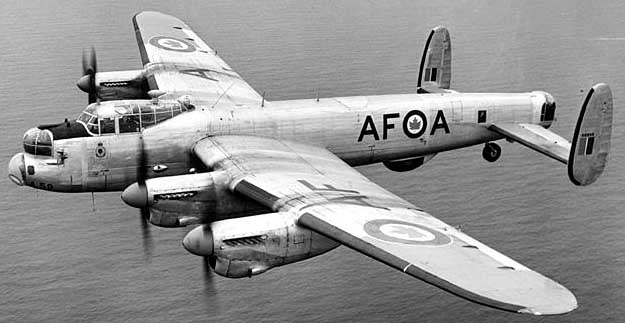 Shown with NO. 107 Rescue Unit 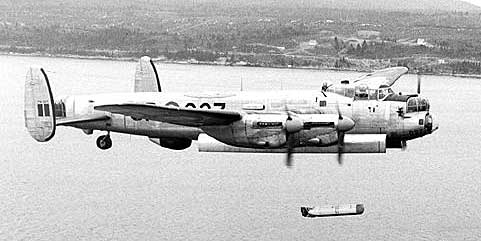 By late 1944, victory was more a matter of time rather than a question of being achieved and the decision was made on 20 October 1944 to form a very large bomber force code named “Tiger Force”. By June of 1944 formation and re-equipment orders had been issued to all of the Canadian Bomber Squadron’s allocated for Tiger force.

Each Squadron was to be equipped with Canadian built Lancaster Mk.X’s from the FM and KB serial number series. These aircraft, which had been built at the Victory Aircraft Production in Malton, Ontario, had been steadily arriving in England since mid 1944; and would allow all of the squadron’s to operate the same Lancaster variant.

In total 141 Lancaster Mk.X’s were allocated to Tiger force, however with the unforeseen victory against Japan caused the disbandment of Tiger Force. This left the Canadian Government with an interesting problem as the original intention was for the RCAF units to be re-equipped with Canadian built Avro Lincolns as soon as these aircraft could be made available. The Lancaster Mk.X’s, although Canadian made, had been transferred to RAF ownership and as a result for several months after disbandment; Canadian built aircraft were being operated in Canada, by the RCAF, but did not belong to the Canadian Government. The problem was resolved by late 1945 or early 1946 when ownership of the Canadian made Lancaster’s which had been returned to Canada were returned to the Canadian Government ownership, Even so the Lancaster maintained their RAF serial numbers.

With no requirement for a heavy bomber force the Canadian Government decided to place hundreds of Lancaster aircraft into long-term storage, in various disused air based in Eastern Canada. However after several years it was realised that the damp weather environment was not best suited for long term aircraft storage.

The decision was then made to relocate the stored Lancaster’s a drier climate which would be more indicative for aircraft storage. This so called ideal location was determined to be in the Western Canada prairie Province of Alberta, where several closed British Commonwealth Air Training Plan (BCATP) stations were allocated for this task. By the late 1940’s, many of the Lancaster’s had been flown out to Alberta and were to remain there until the early 1950’s

The force would likely have remained in storage, awaiting their final date to be scrapped, if increasing international tensions between the East and West had not reached point where the Canadian Government ordered seventy Lancaster’s to be modified for a variety of roles including Maritime reconnaissance and anti-submarine warfare; and would continued to serve with the Royal Canadian Air Force until 1964.

In addition, Canadian Lancaster’s were also to be modified by the for Aerial Reconnaissance, Air-Sea Rescue, Navigational Training, Photo-Reconnaissance duties and as test beds for various jet engine and winterisation trials.

One of the more historic discoveries during the post-war period was made when FM214 operating with no. 408 (Photographic) Squadron, flew over Foxe Basin and discovered islands that had previously been uncharted, there by adding 5000 square miles to Canadian territory.

It should also not be forgotten that as early as 1943 the Canadian Government operated modified Lancaster’s for trans-Atlantic air service duties, flying VIP’s, priority cargo and mail from Dorval to Prestwick and flight of approximately twelve and half-hours. The service continued until 1947, and would become the nucleus of Trans-Canada Airlines. Of particular interest is that one of these aircraft was in fact a British made Lancaster Mk.I R5727 which had been flown to Canada to serve as the pattern aircraft for the Canadian made Lancaster Mk.X.