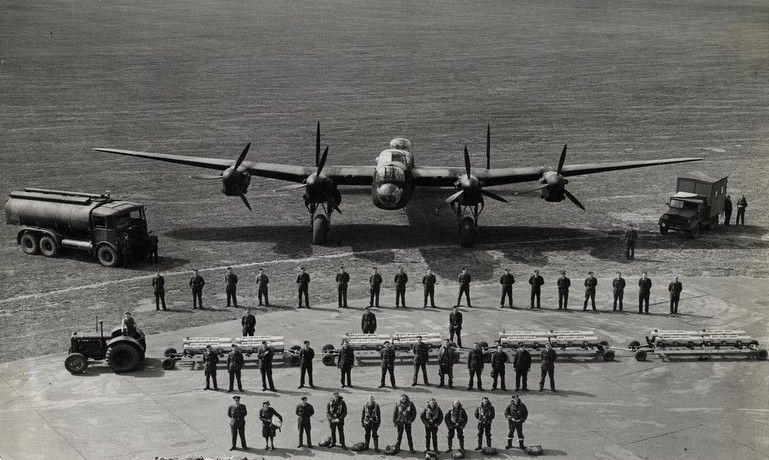 To Keep Them Flying

To allow one Lancaster Bomber to be made ready for each operational raid it took the effort of some thirty-eight (38) personnel.

1 – Airman/women to drive and operate the Oil Tanker

7 – Armourers to prepare, transport the bomb train and then load into the aircraft

7 – Specialists to service the radar, wireless, etc system (Up to 7)