The Victoria Cross (VC) was instituted by Queen Victoria in 1854 and awarded for overwhelming acts of heroism. The VC was and remains Britian's highest award for valour and continues to be the only decoration that can be awarded posthumously; to both Commissioned and Non-Commissioned ranks of all three armed forces.

In World War Two thirteen13 members of Bomber Command were awarded the VC, tn of these being awarded to Lancaster air crew members. At least this number again were recommended for the award but not awarded. 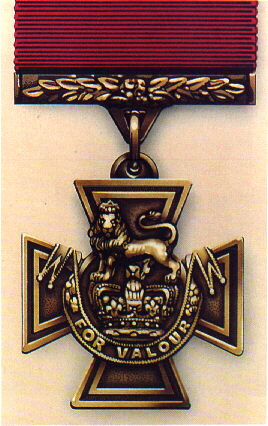