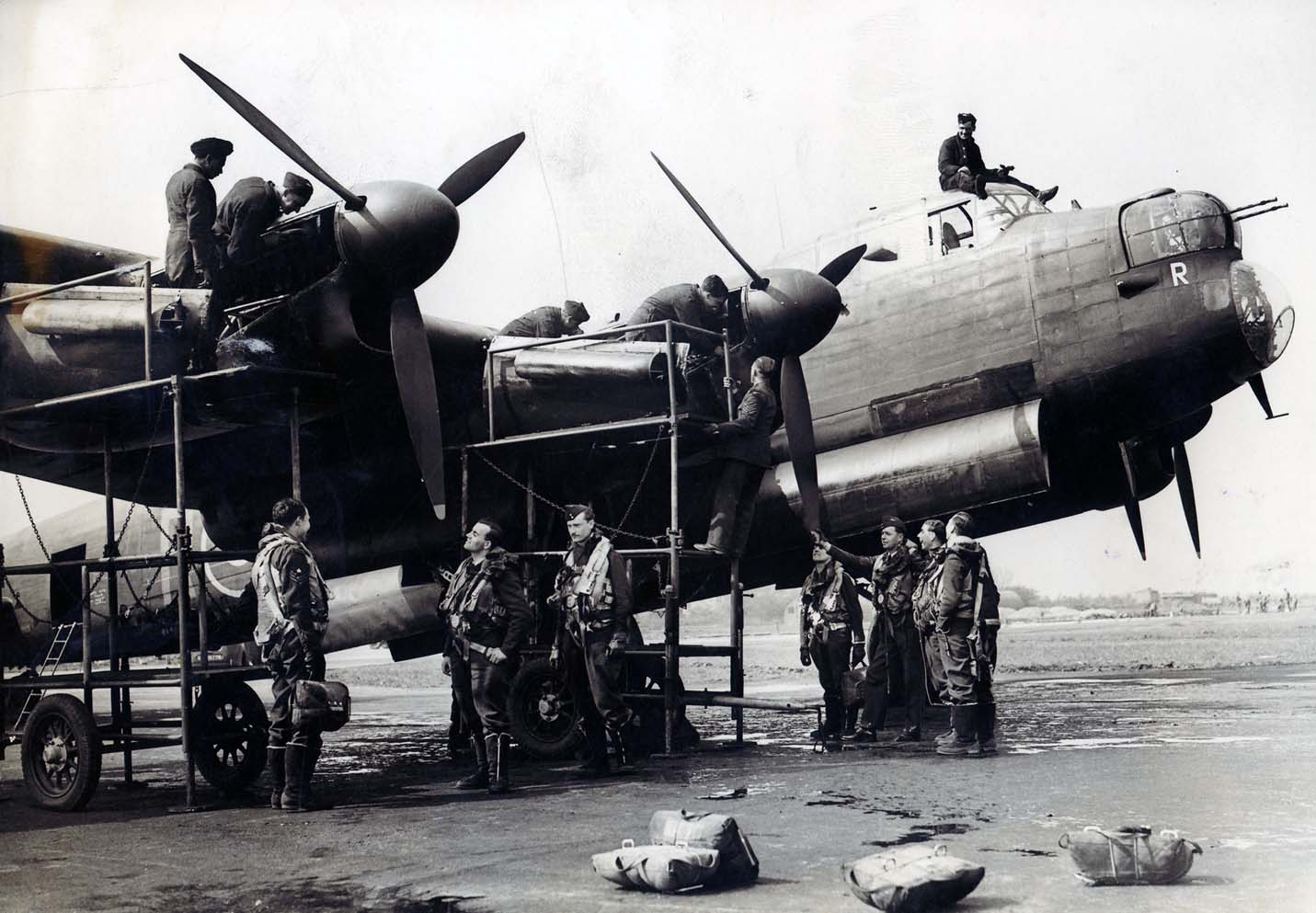 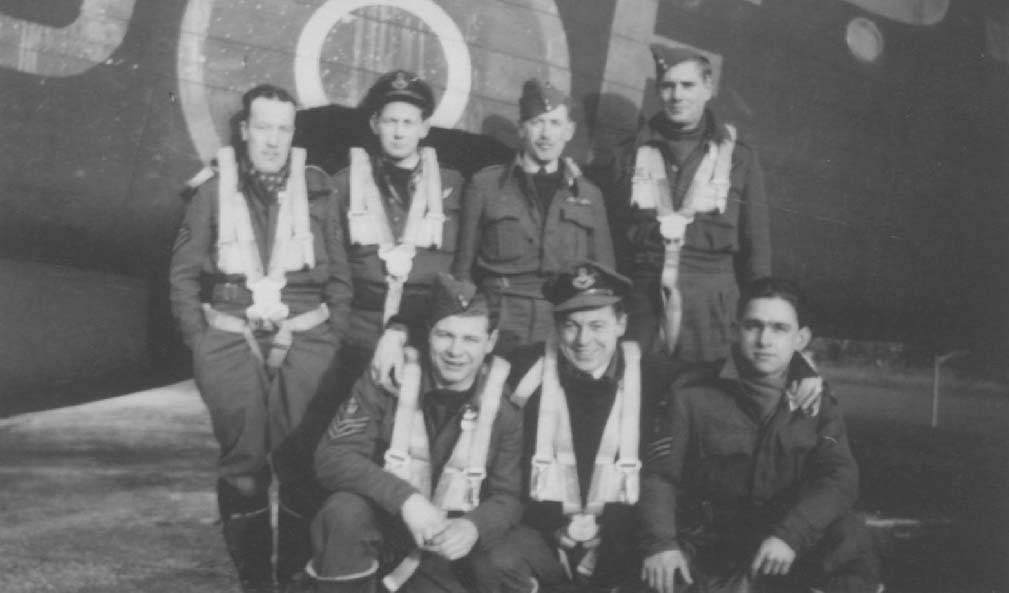 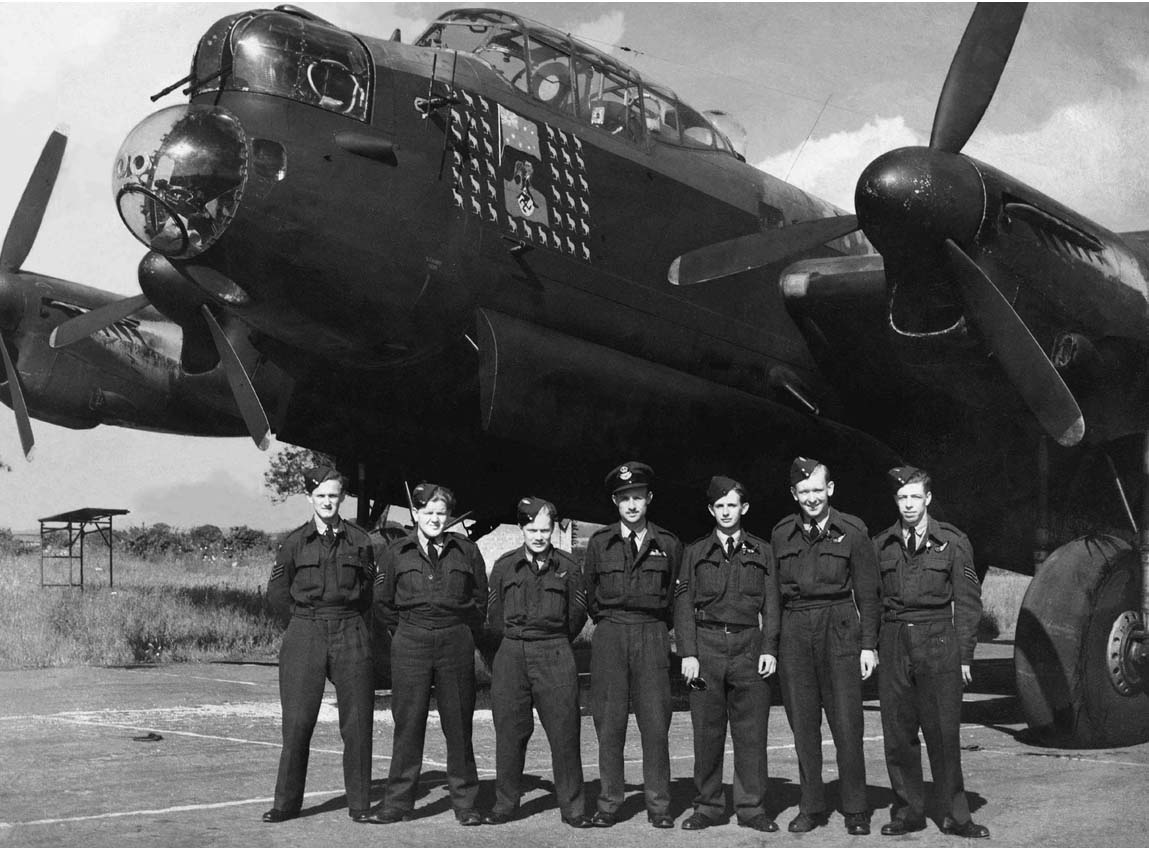 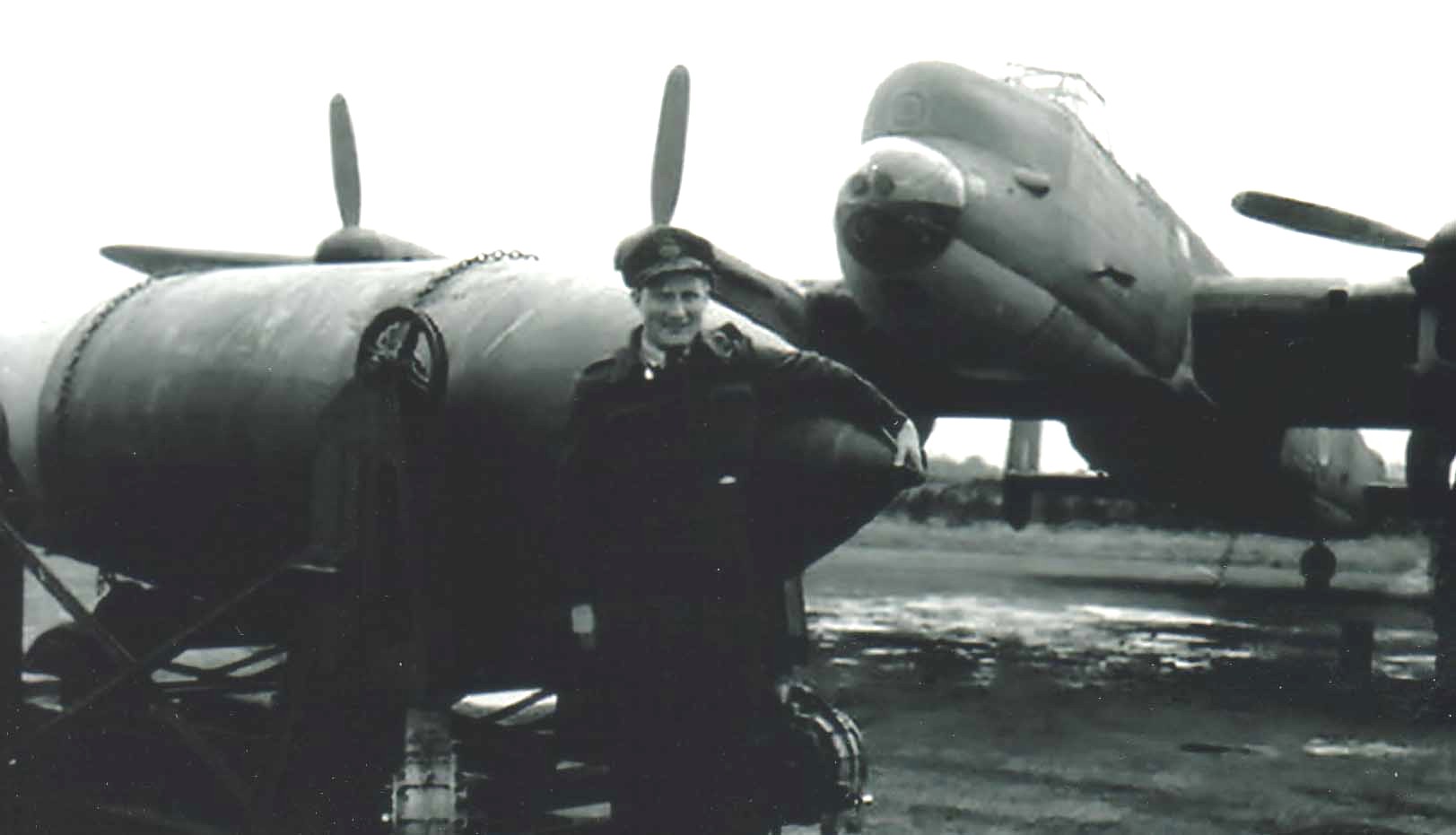 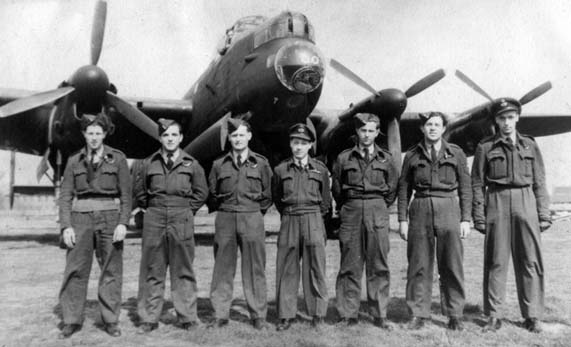 Unknown Crew: Believed to be from either an Australia or New Zealand Squadron

102 Squadron Halifax, DY-B at Pocklington taken at the end of the crews tour.

This crew took off from Gransden Lodge at 01:32. all are buried in the Rheinberg War Cemetery. Sgt Kirkcaldy at 36 was above the average age of operational airmen. F/O Butterworth was an American from Richville, New York.

Believed to be F/O George Kelly, RCAF, a bomb aimer with 617 (Dambuster) Squadron, standing in front of a 22,000 lbs Grand Slam Bomb. 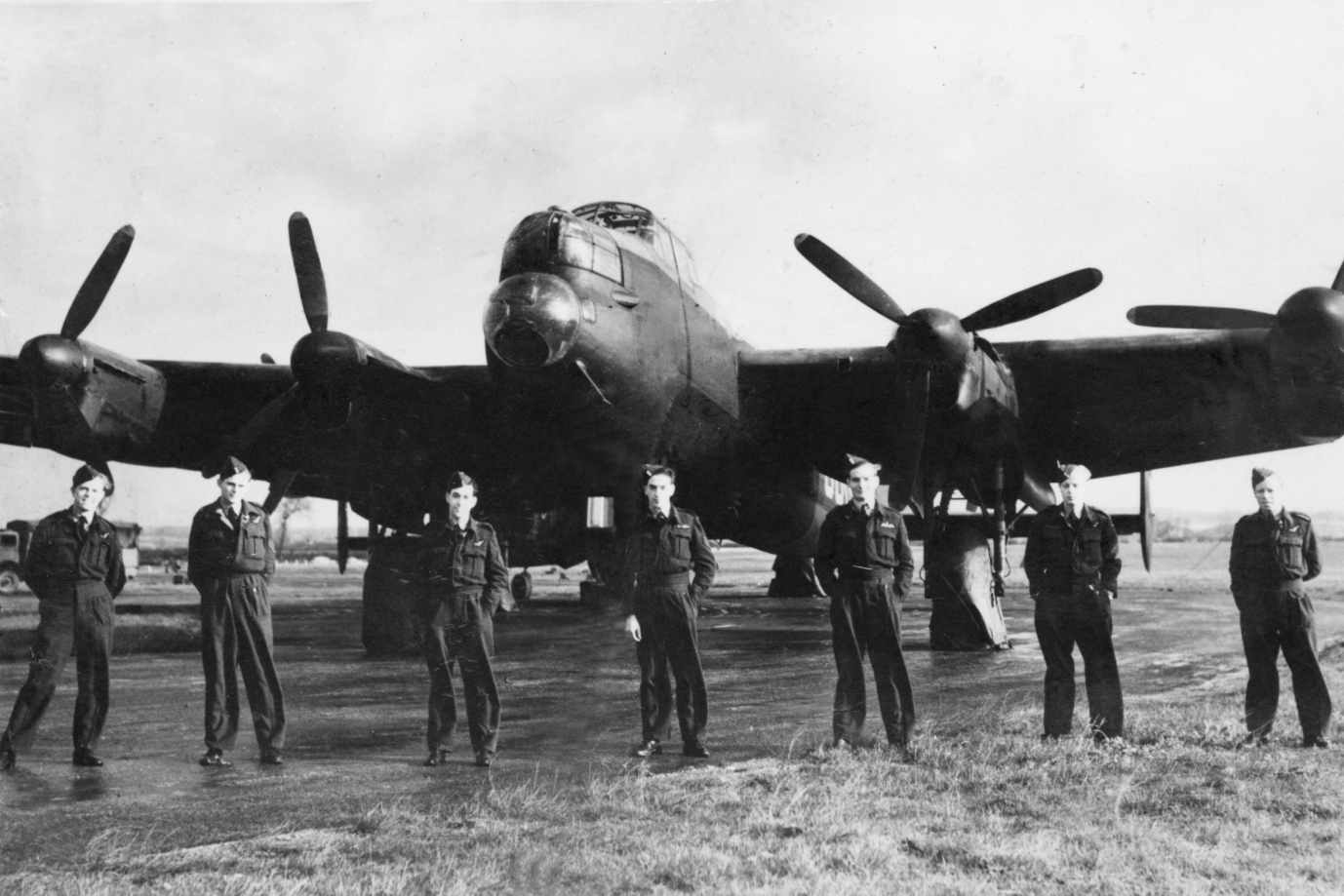 Ray Iniff (center) and crew, stand in front of what is believed to be Lancaster NG274 while training at either No. 1651 or No. 1168 Heavy Conversion Units. 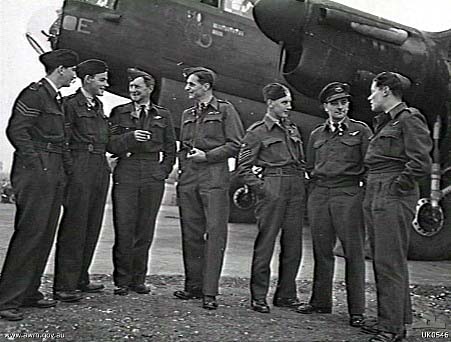 Along with a Lancaster carrying unidentified nose art 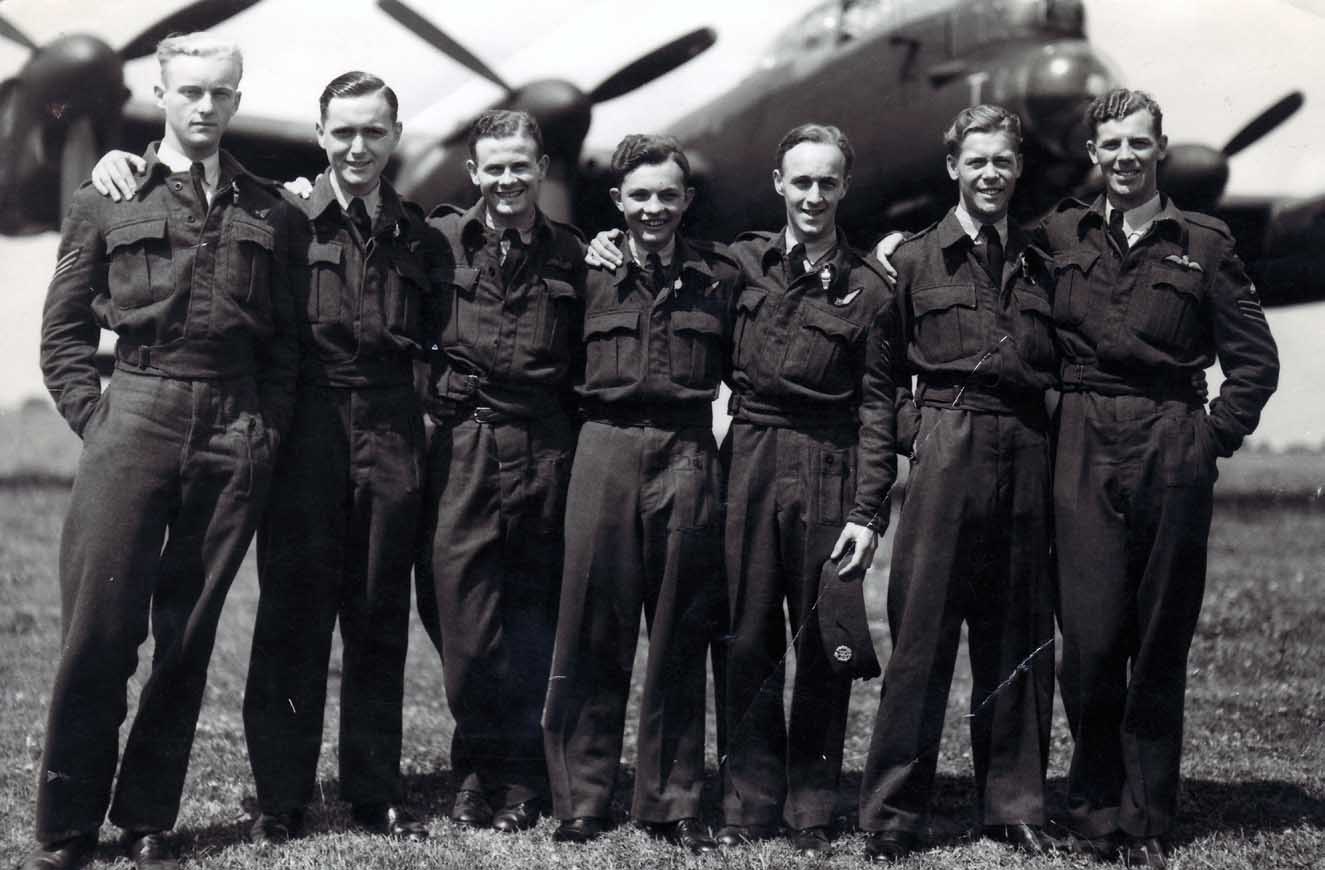 In front of Lancaster "T" Tommy 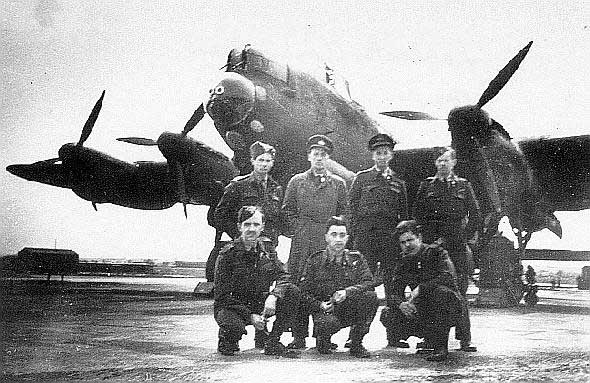 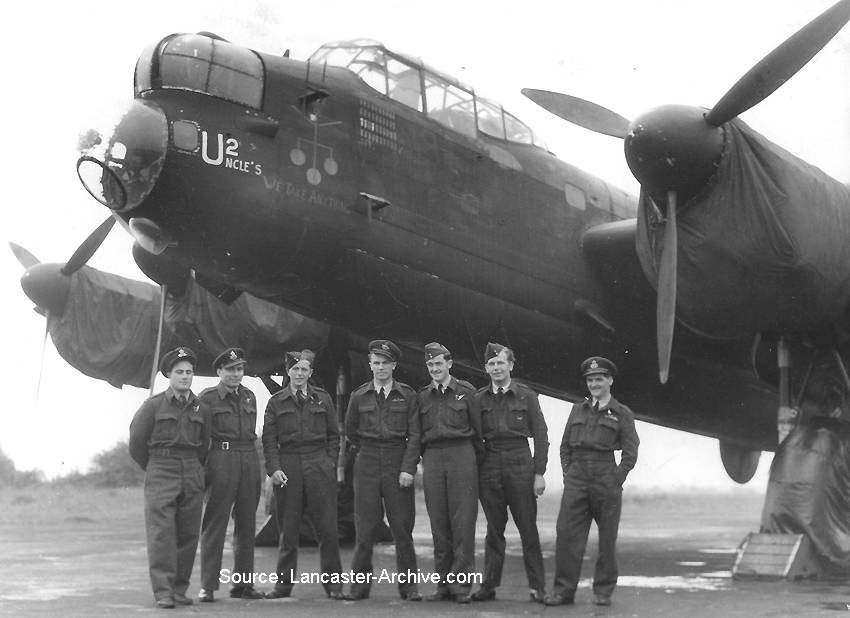